‘Cyber24 ‘ is an educational escape game developed by Mooveteam Netherlands in association with the Dutch police and educational experts. The game was commissioned by the Center for crime prevention and security to help children learn about cybercrime interactively. They playfully discover the dangers of the digital world and how to avoid online criminals.

The game consists of a suitcase with all kinds of assignments, movies, locks, and codes. Different topics are covered, such as ID fraud, scams, digital bullying, and safety on social media.

The method has already been used at secondary schools in Almere and is now also being offered to primary schools. Because these children can often already be found on social media, such as Instagram and Snapchat, via their mobile phones.

In the game, a girl is asked to send spicy photos to a fake company. The students get the message. “It’s to prevent you from doing something like that yourself,” said one of the students. “You shouldn’t trust anyone you don’t know,” adds another.

The message gets across and the students think it’s a great game. The success of the program is difficult to measure, but the information seems to stick well. The aim is to create awareness so that children and young people are less likely to become victims of cybercrime.

The experience has been presented on Dutch TV you can see the video at the following link.

Cyber24 is another proof of the versatility of mooveTEAM as an interactive app.

Have and idea for an educational game? Contact Us. 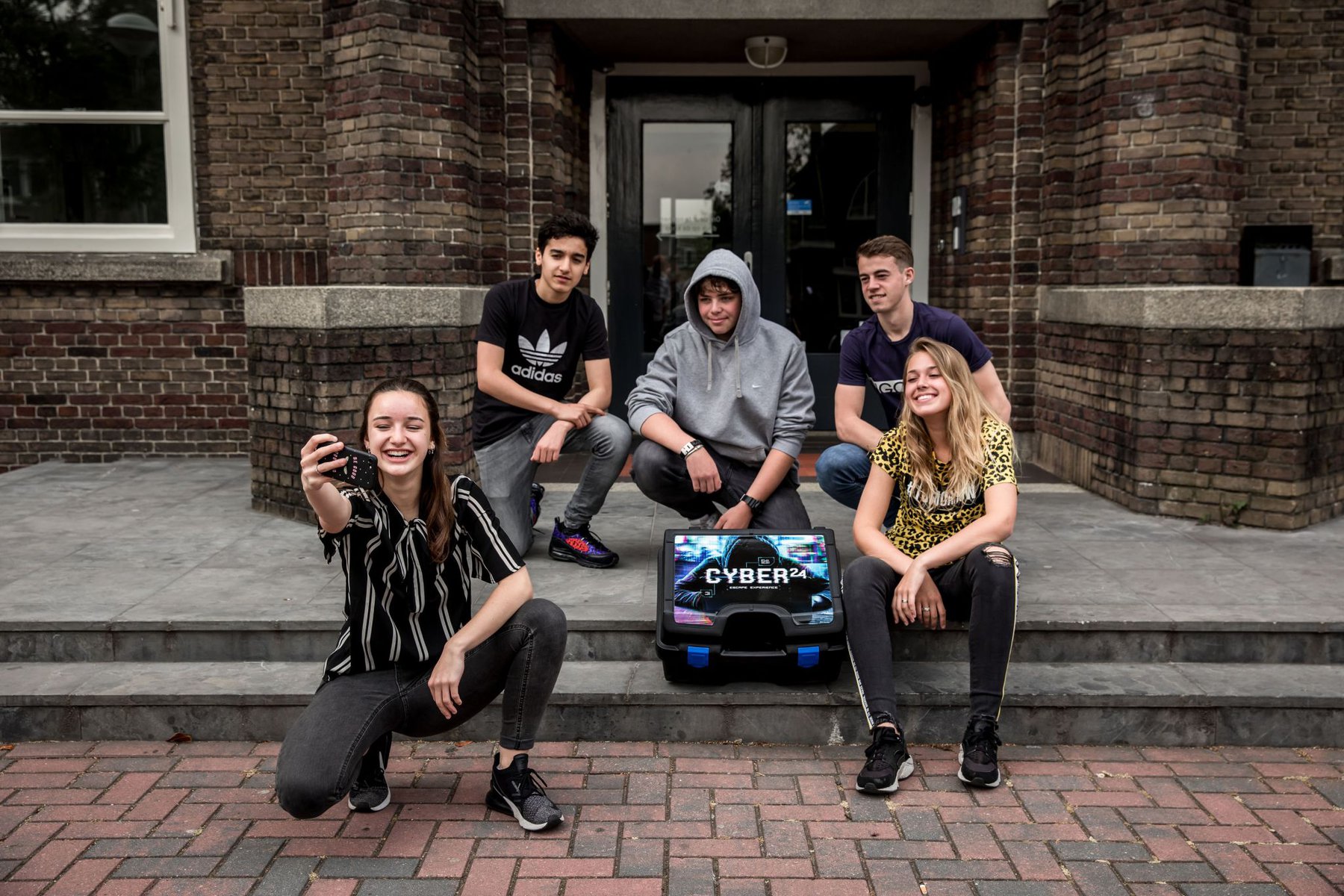 Case Study Educational Netherlands
Nov 23, 2022
The platform is used to educate children on how to act when facing challenging situations by using gamified activities. 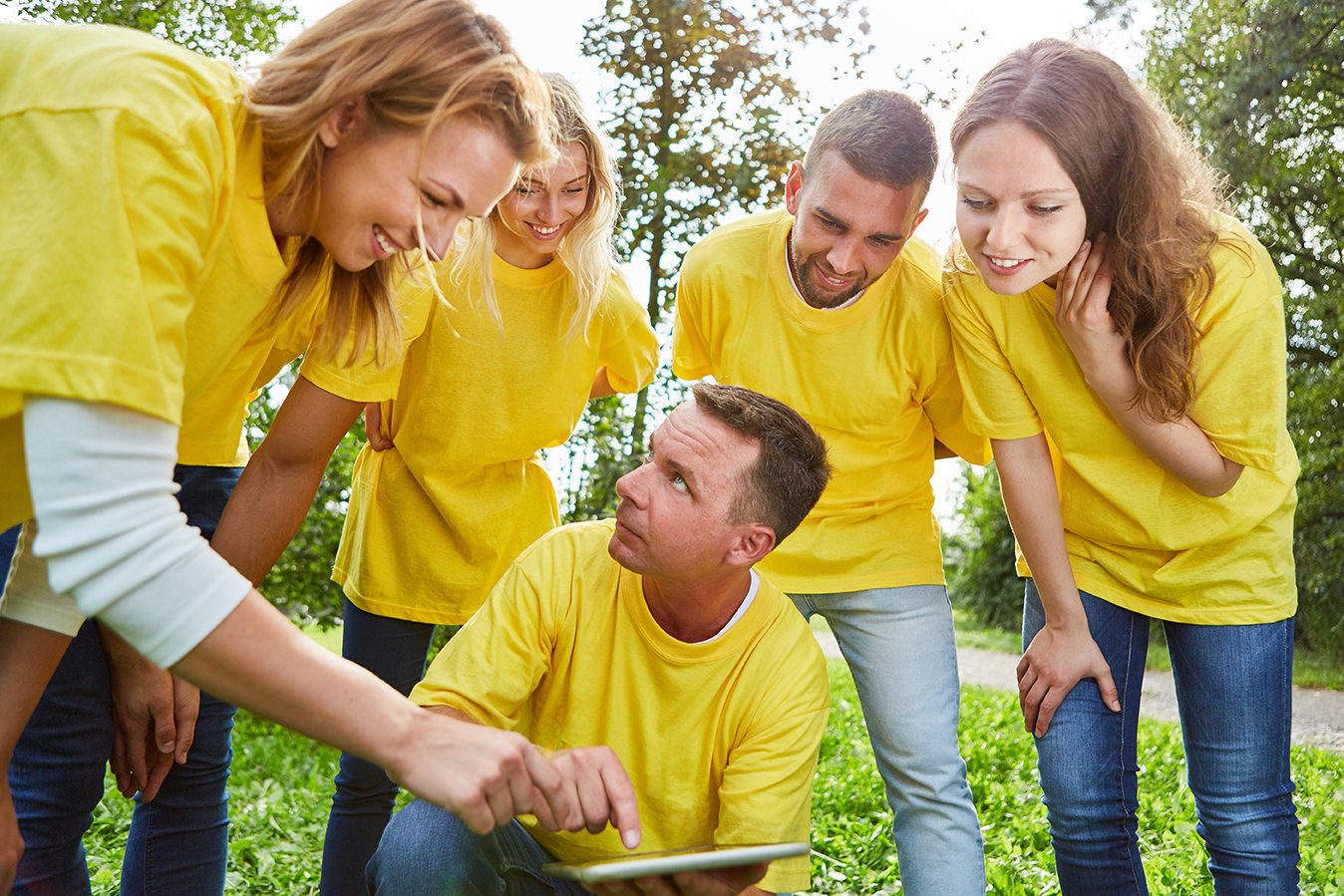 moove TEAM Team Building
Apr 21, 2022
Spring is here bringing warm temperatures, beautiful landscapes, and renewed energies. But watching spring blossom from an office window is just depressing. For that reason, this is the perfect moment to do team building activities outdoors. Take advantage of the natural invigorating effect of spring and summer to uplift your team’s morale and strength the […] 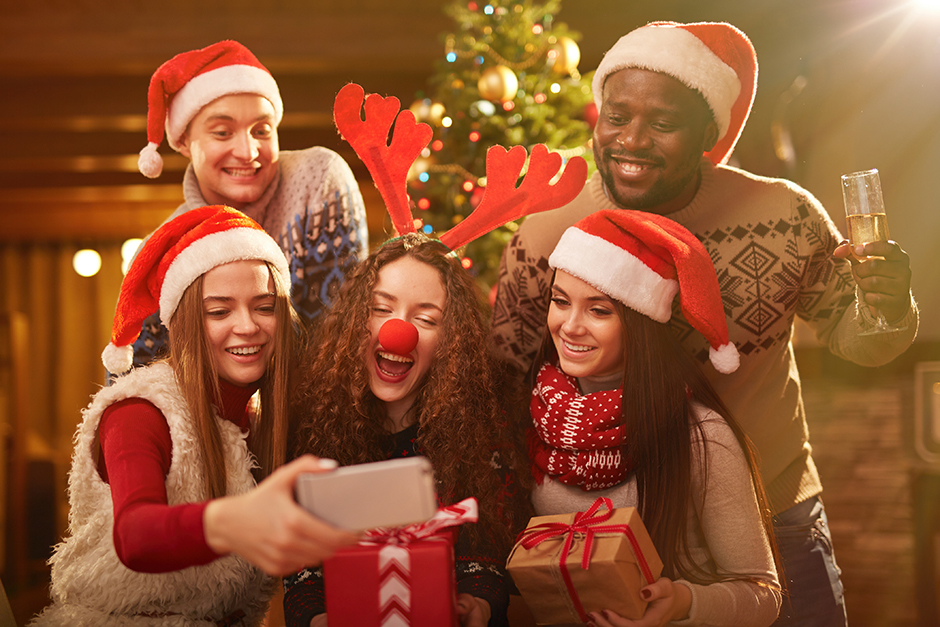 Holiday moove TEAM Team Building
Nov 24, 2021
Christmas is just around the corner, and it is an excellent opportunity to team build. The holiday spirit naturally brings people together, and the right team-building dynamics make it more pleasant and fun.  Every year hundreds of companies worldwide use mooveTEAM to play their holiday team building events. Especially the advent calendar format that lasts several days, each day […]